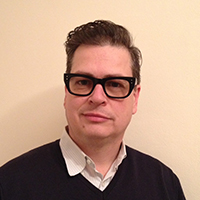 Robert is a leading thinker, teacher and consultant who specialises in marketing strategy and consumer experience.

His career began in the late ‘80s in advertising and took him into leadership roles in PR, digital, and environmental and shopper design. He’s worked as a VP, Strategy for Ogilvy & Mather, as a Senior Vice President, Managing Director for Young & Rubicam, and as Chief Development Officer for Fitch Worldwide.

Robert was previously a writer for design:retail where he wrote a feature for us titled, Searching for Steve Jobs. He describes himself as someone who, ‘loves retail but hates shopping – but continues to seek retailers who will change his mind.’